I was posting some photos to Facebook from the most recent event I shot (the tea workshop for Pivot International that was held last weekend), when I found myself getting frustrated. Some of them were not as sharp across the frame as I had hoped! Drat! In some cases, I do that kind of thing deliberately. In the picture of Robert Saulnier performing with Kimberly and the Dreamtime, on the right, I didn’t want the people and instruments in the foreground to be in focus because I wanted to use them as a frame.  So I set the camera to focus on a very narrow band on either side of him. But other times, a narrow field of focus like that can be imposed on me by other choices I might make about how to use my equipment, and sometimes I’m not entirely happy with the result. The idea, of course, is always to make choices that will achieve your goal… and to never be at the mercy of your camera.

When you’re photographing an event (a concert, a party, a parade, a wedding), it is important to try to get a sense of the place and the people. My photography always tends towards capturing as far as possible the emotions and expressions on people’s faces, which is a way of saying that when I photograph an event I always spend a lot of time watching the people and how they are relating to each other or to what’s going on, so that I can capture the really important moments — to really express the flavour and meaning of the event. Depth of field is an important tool to use for this task.

And that means learning the technical side of photography, because when you really know your camera and how it works, you can control what it does.

So I’m talking about controlling a phenomenon known as “depth of field.”  Basically, this has to do with how clear or fuzzy the things around your subject appear to be, while keeping your subject in focus. You establish your focal point, and then, depending on where you stand and what you do with your lens, whatever is in front of your focal point or behind it will be more or less sharp or fuzzy.

… so you can have a photo with a wide depth of field (the photo is from a Mama Dances celebration): 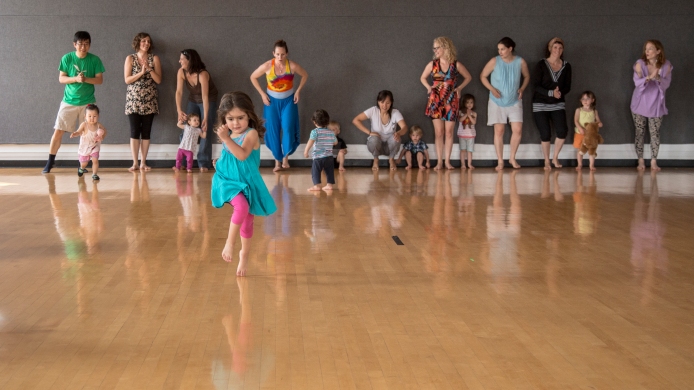 … or one with shallow depth of field, like the next photo of Jess lying on a rock, or the one below it of Yvette by the fire. What’s the difference? 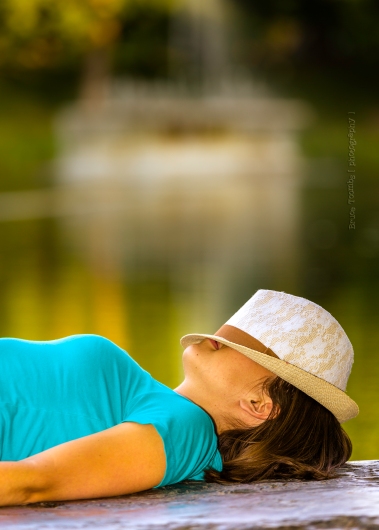 In the first picture, I’m standing a good distance from the group with a fairly short lens (50 mm) but a relatively wide aperture (4.0, the maximum for that lens) – so the lens was bringing in as much light as it could, which should have reduced the depth of field. But I’m standing a long way off, which changed things. The short lens and long distance compensated for the wide aperture and gave me pretty decent depth of field, so I was able to catch the little girl in her context, making a more interesting picture, I think, because several feet are in focus in front of her and behind her). In the second photo (of Jess), my aperture is the same as the first picture (f4.0) but my lens is very long (200 mm) and I’m only about 2 meters away from her, so only she is in focus and you can barely see the fountain in the background — but also, the rock in the foreground is also blurry. The field of focus is probably about two feet wide.

And in the last picture, where even Yvette’s own shoulder is a little fuzzy, my lens length is somewhere between the other two (70 mm) but longer than in the first picture. On the other hand, I’m very close to her (just over a meter) and my aperture is twice as wide as in the picture of Jess (f2.8 is twice as wide as 4.0. Never mind why, for now). Notice that even her shoulder is out of focus. My focal point was on her right eye. Yvette’s field of focus is measured in inches – I’d guess 6 or so (maybe 15 cm). This kind of depth of field can give a more intimate look to a photo, and it really focusses the eye on what you the viewer to see – in this case, her face. 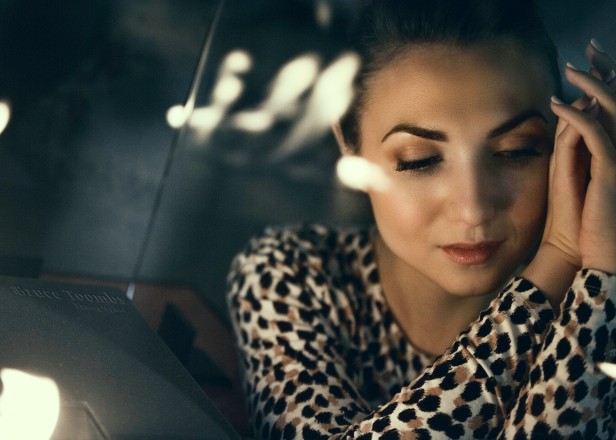 Of course, if you use a smaller aperture for a wider depth of field, you might also have to use a slower shutter speed because otherwise your camera might not capture enough light to actually produce a picture! And a slow shutter speed comes with its own problems (blur from motion, blur from your shaky hands holding the camera… you get the idea).

But I’ve written enough for now. I’m off to practice with my camera, so that I’ll be able to make fewer mistakes in future. 🙂 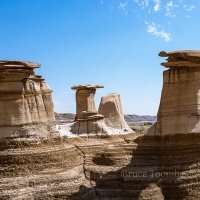 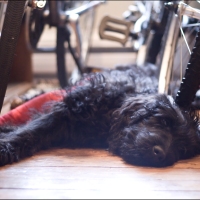 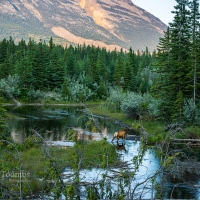 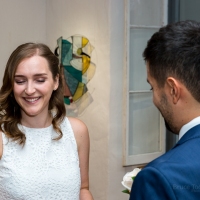 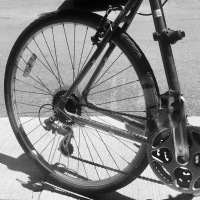 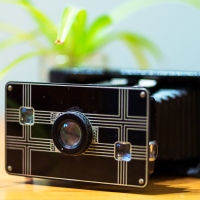 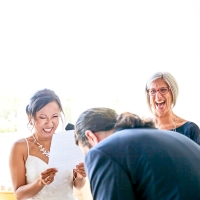